Blockchain technology, at the base of bitcoin and cryptocurrencies, has also started to develop outside of financial services and banking industries. But is it really disruptive technology?

The blockchain is one of the technological trends that is enjoying great global interest. Many companies and start-ups are investing in pilot projects and developing real applications based on this technology, even outside the financial / banking sector that saw its first application with Bitcoin and cryptocurrencies.
A cryptocurrency is a decentralized digital currency, based on blockchain technology that uses cryptographic techniques to ensure the security of exchanges between users. The Bitcoin, the best known and used, represents 42% of the entire capitalization of cryptocurrencies, the rest is covered by over 900 other types of cryptocurrencies.

To understand the potential of the use of blockchain, it is crucial to understand first of all what makes it so revolutionary. The blockchain is a technology that extends the scope of data distribution with the inclusion of digital transactions and registers.

The blockchain is, in fact, part of the broader family of Distributed Ledger Technology (DLT), i.e. those systems that allow the nodes of a network to reach consensus on changes to a distributed register in the absence of a central certification body.

In a traditional transaction system, ownership of the registry is a single central body that only shares it with trusted third parties. In traditional banking transactions, for example, the transaction certification register is in the hands of the bank. For instance, if we have to pay the invoice of one of our supplier F, with the money of our account deposited at bank B, the bank B (central body guaranteeing the security of financial transactions) will inform F company that we have the funds and that they will be transferred from bank B to the bank of company F.

The blockchain system instead distributes a transaction record to a network with interconnected nodes (Internet-enabled devices running blockchain software), which can modify the registry. The register distributed in the absence of trust is structured as a chain of blocks containing transactions. The consent to changes to the registry is activated by a committee (the nodes involved in the chain or network) that uses algorithms and cryptographic rules to keep the data and the validation process secure. Once a block (element of the chain) is added to the blockchain, it becomes permanent and can never be modified or deleted.

The possibility of having transactions certified in a distributed way, and ordered chronologically in a permanent way in an easily consultable and verifiable register, is an advantage that blockchain applications can bring for overcoming problems and developing innovative ideas in different sectors. Let’s see some implementations.

With blockchain technology, transactions can be documented in a permanent decentralized register and monitored securely and transparently. This can significantly reduce time delays and human errors. It can guarantee, for example, the secure sharing of business processes (contracts, certifications, etc.) between companies and partners/suppliers in an encrypted way. It can also be used to track accurately and track products from origin to the market. An enormous advantage for example for the control systems of the food chain, which in case of non-compliance or food contamination would be able to quickly track the origins of contamination and all the contaminated products already placed on the market. This year, Carrefour launched a blockchain food traceability project in Europe, which will be released in September in the chain of chicken bred outdoors and without antibiotics.

But there are blockchain applications also for monitoring costs, workforce and even waste and emissions at every point in the supply chain. Its use is also useful for certifying the authenticity and origin of raw materials and luxury products, preventing possible frauds.

Another exciting use of blockchain is in the analytical field in which this new technology could completely disrupt the approach to research, analysis, and forecasts. The first platforms created to generate global decentralized forecasting markets begin to be online: one example is Augur, a decentralized, open-source peer-to-peer oracle prediction platform based on Ethereum blockchain. The blockchain technology on these platforms is used to position and monitor bets in different areas, from financial to sports, in a decentralized way. With an algorithm based on the concept of “wisdom of crowds”,  Augur collects data generated by devices and users to analyze them, compare them with context information and create predictive models.

IBM and Samsung are working together on an ADEPT (Autonomous Decentralized Peer-to-Peer Telemetry) system, which will create a decentralized IoT device network based on three open source protocols: Telehash for messaging, BitTorrent for file sharing and Ethereum, protocol Blockchain, for device coordination functions (such as registration, authentication and management of the rules for starting operations, etc …). The devices will be able to communicate with each other directly to update the software, manage bugs and monitor energy usage.

The introduction of smart contracts for blockchain is an opportunity for secure digital exchange for high-value assets such as real estate. Real estate applications and services are often limited to connecting buyers and sellers. Much of the process is still based on face-to-face transactions and third parties such as brokers, banks, lawyers, and notaries. Some startups are working on defining real estate trading via blockchain applications. Smart contract implementations are still immature and therefore potentially risky.

In the real estate sector, some governments are also experimenting with blockchain technology. Sweden, for example, is currently testing the blockchain for its land registry.

Blockchain and security … there’s a long road ahead

Although one of the characteristics of the blockchain is the high degree of protection, there have been some hacker attacks that have brought attention to the topic.

Alongside this in Europe, with the introduction of the GDPR regulation, the discussion begins on how to reconcile the use of this technology with the indications of the new legislation concerning personal data.

Undoubtedly the blockchain allows tracing the data path clearly along with all the transactions that are distributed. Furthermore, the cryptographic system can guarantee the confidentiality of data. However, there are several incompatibilities. For example, the impossibility of modifying or deleting data from the register would not allow the total cancellation of data if the European citizen expressly requests it, as required by law. Or the difficulty within a blockchain that deals with transactions distributed globally in identifying the legal pertinence and the respective restrictions of any European actors (nodes).

The debate on this front is very heated and is perhaps the main reason why in Europe applications such as smart contracts are struggling to gain a foothold.

The fuse is lit 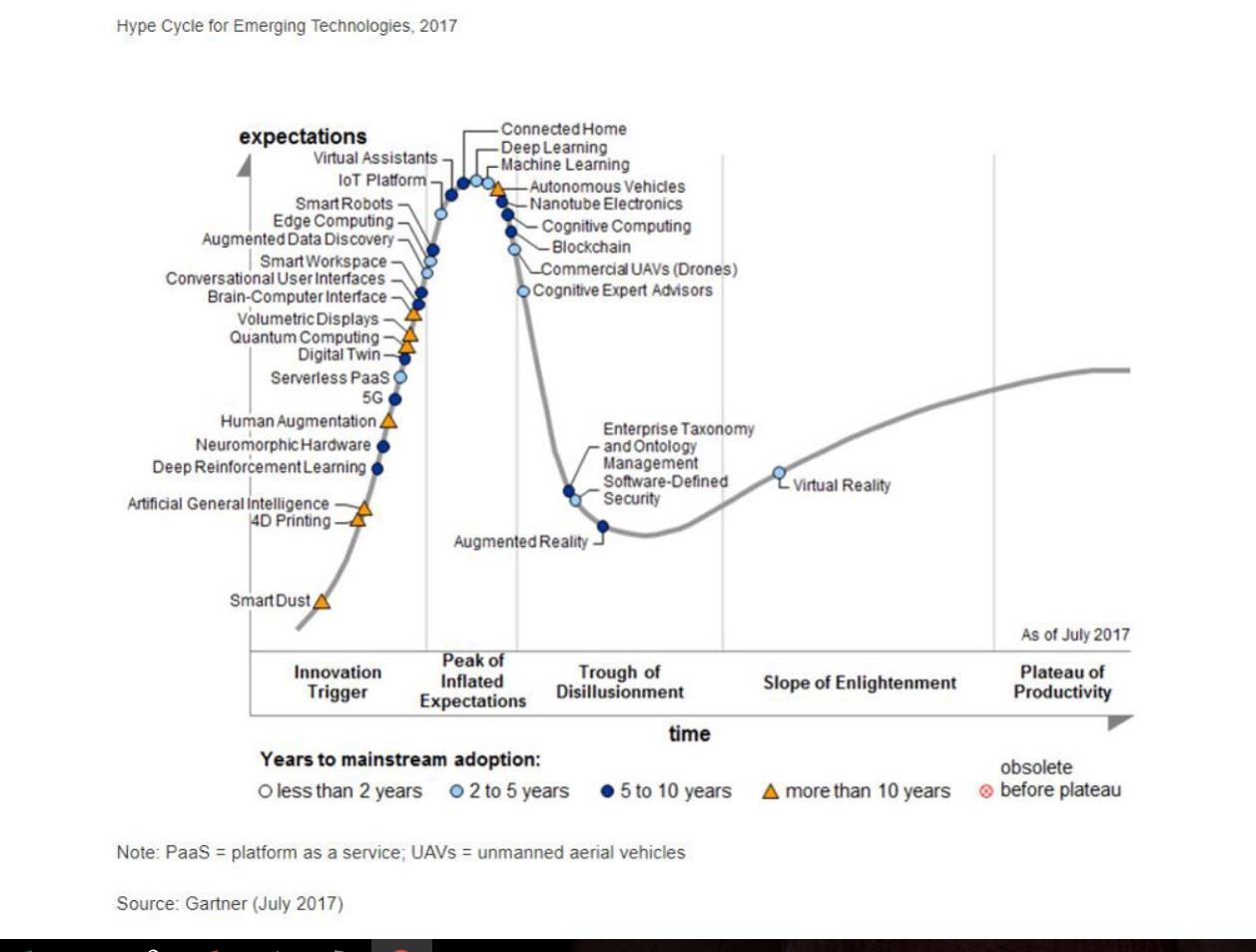 Even if Gartner places the blockchain in the descending phase of the hype cycle 2017, that is in a period of disillusionment with this technology, and it is indeed not a dissolving soap bubble. Far from it! From what we have seen, it is clear that technology is not the keystone in itself, but that it can be applied to it.

Gartner himself in the article “Digital Disruption Profile: Blockchain’s Radical Promise Business and Society” states that blockchain technologies promise new models, businesses, social and technological sectors that can have a pervasive impact on business and society. It is considered a still immature technology but in robust growth.

According to a study presented at the World Economic Forum in 2027, 10% of world GDP will be generated by activities and services provided through blockchain.

This is a field in which the introduction of blockchain technology could lead to various advantages.

How ZeraTech can help you:

It is an open space where there are many opportunities, contact us, and we will help you identify and implement blockchain applications that can generate real value for your business.

In Design Thinking applied to business and innovation, different models have been defined over the years, some of which are more effective […]

Situational analysis, on the external environment and the internal capabilities of the organization, is essential to formulate the right strategic decisions that […] 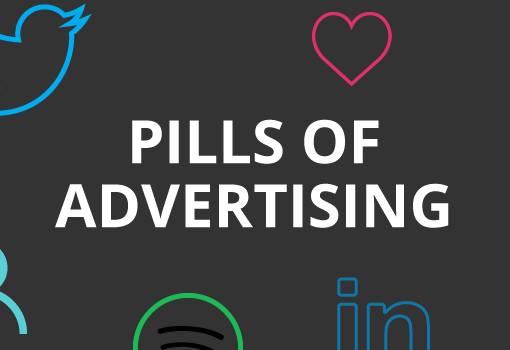 Born as a social platform for a young target, Instagram is now loved (and used) by all generations! This strong capacity for […]

On occasion of #MilanoDigitalWeek, we published the first research report on the use of digital marketing in small ICT Italian companies: SMALL ICT […]